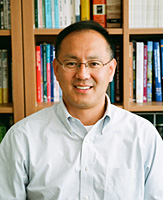 [Additional Remarks in March 2021] This website has received nation-wide recognition since its opening in 2013. Taking the opportunity for technical renewal, we have added explanations in English and Chinese (simplified and traditional) to make it multilingual. We hope to share the cultural heritage of Akita with the larger community of people in the world.
March 2021
Tetsuya Toyoda
Director, Institute for Asian Studies and Regional Collaboration

Words of the Academic Supervisor 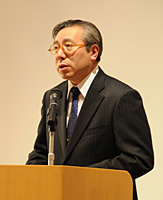 Akita has many folkloric performance arts that have been passed down from our ancestors. I am one of those who have been charmed by their variety and profundity while studying them. Every time I visit rural communities and shrines for research, new discoveries continue to spur my great interest in them. At the same time, I am now concerned about the mutation and disappearance of these performance arts. In the old days, they were deeply embedded in their life and religion and people lived with them in the same way they lived with the four seasons. However, the modernization of lifestyles has distanced people from their traditions. Some folkloric performance arts have become more like entertainment events.
According to the Akita Prefectural Board of Education’s report published in 1993, ‘Folkloric Performance Arts—Urgent Report’, in which I participated as one of the surveyors, their decline was already an issue of serious concern at that time. Twenty years have passed since then. Their decline continues, and we have not found any effective measures to protect them.
It was fortunate that the Akita International University Center for Regional Sustainability Initiatives (CRESI) has taken up the issue as a research topic. They have taken a new approach. Not only taking down oral records in writing, CRESI made audiovisual records of the performing arts to provide non-academics with better access to them, and then made the audiovisual records available to the public on a website and in DVDs. I saw the new possibilities of this approach and decided to join.
The audiovisual survey encountered difficult challenges that were not met by traditional research. It was a process of trial and error that left many things to be desired, including the quality of images and the scope of survey, but we have recorded more than 300 centuries-old folkloric performance arts, many of which were little known outside their own communities, and made them easily accessible to everyone. I believe this is an epoch-making achievement for the folkloric performance arts of Akita.
Through the present survey, we found that many performance arts have been lost since the last comprehensive research in 1993. Many of them have changed. This project does not make any proposal how to deal with these problems, but I sincerely hope that the records created in DVDs and on the Internet will promote the understanding of the folkloric performance arts and the importance of their conservation.
In conclusion, I would like to express my heartfelt gratitude to the performance art groups and municipal boards of education who have kindly worked with us, Akita International University who brought this project to day, and the researchers and staff members with whom I shared the toil and pleasure of this project.
March 2013
Juin Saito, Vice-President, Akita Prefecture Folkloric Study Society

Outline of the Project

Method of Survey:
For the performing arts active at the time of the present survey, we placed priority on taking visual records and audio recordings along with it. In case visual recording was impossible because of weather, we have tried to acquire as many existing records as possible. Also, for the performance arts that are no longer practiced or have disappeared, we have interviewed, to the extent possible, local people with knowledge of the disappared performance art and put information on this website.

Publication of the Outcome:
The audiovisual records have been recorded onto DVDs and distributed free of charge to relevant entities such as the performing groups, municipal boards of education, libraries, and primary and secondary schools. If you wish to borrow a DVD, please refer to the page on ‘Borrow DVD.’ Short movies 2 minutes long are made available on the website together with information on the dates and sites of the performance and explanatory comments. The explanatory comments on each performance arts and their categories were written by Mr. Juin Saito of Akita Folkloric Study Society.

Final Report:
The main outcome of this project is the DVDs of more than 300 folkloric performance arts and this website. In addition, a final report was compiled together with more details that could not be expressed in the DVDs. We have sent printed copies to the boards of education and to those who have kindly cooperated with us. It is also available here in PDF format in Japanese.
秋田県内における民俗芸能の調査研究事業総合報告書
編集・発行者： 公立大学法人 国際教養大学 地域環境研究センター
印刷・発行日： 平成25年3月

DVD Rentals and Use of Audiovisual Data